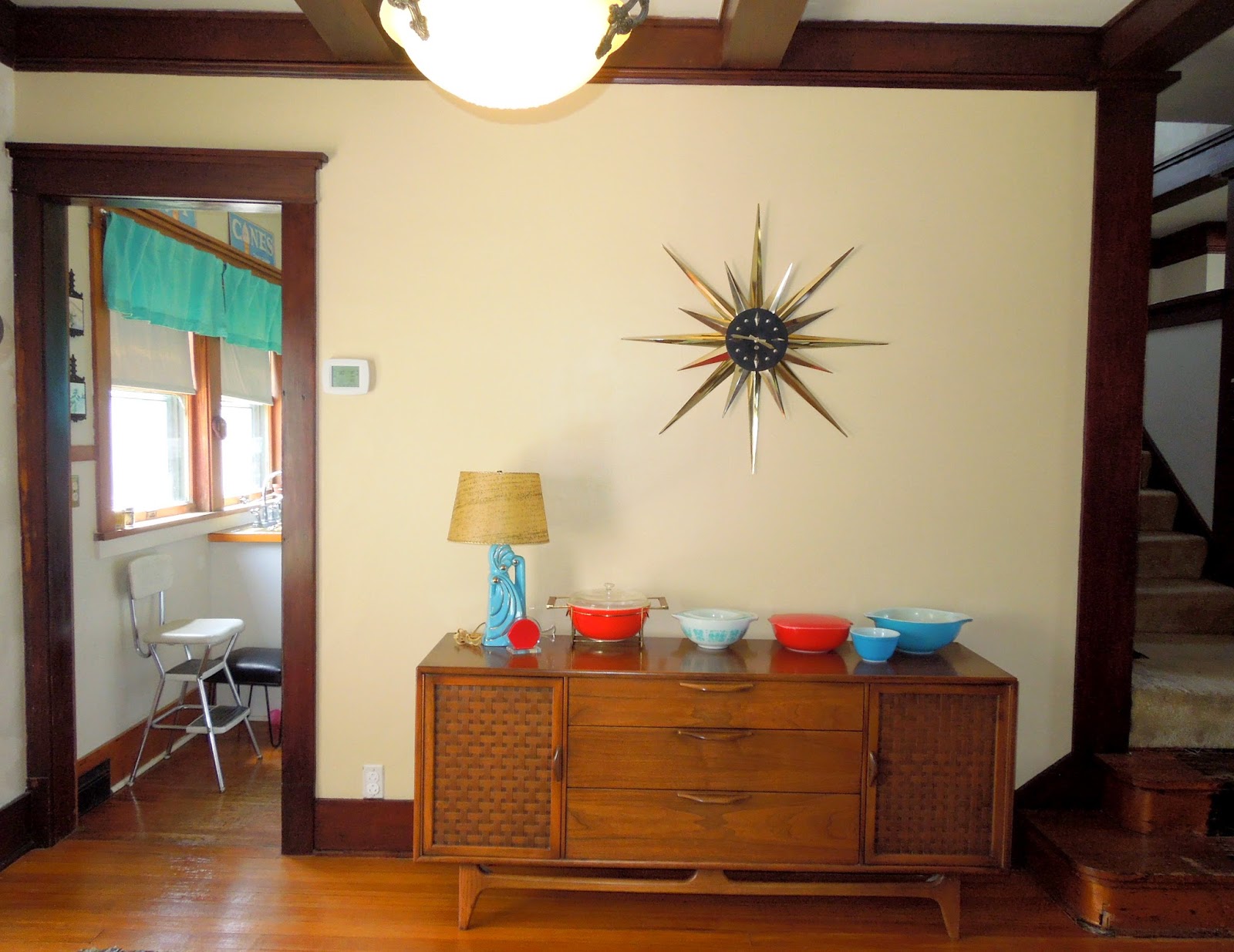 Yeah, Yeah, I know I am going about this project all wrong. A normal person would do all the walls at once and probably the ceiling while they are at it. But, as mentioned previously, I only can work on this maybe 20 minutes a day? If I am lucky? So only disrupting one area at a time seems to be working though I will be dusting my already "done" areas frequently. Everything will have to get a good scrub down before I can say it is all officially done. 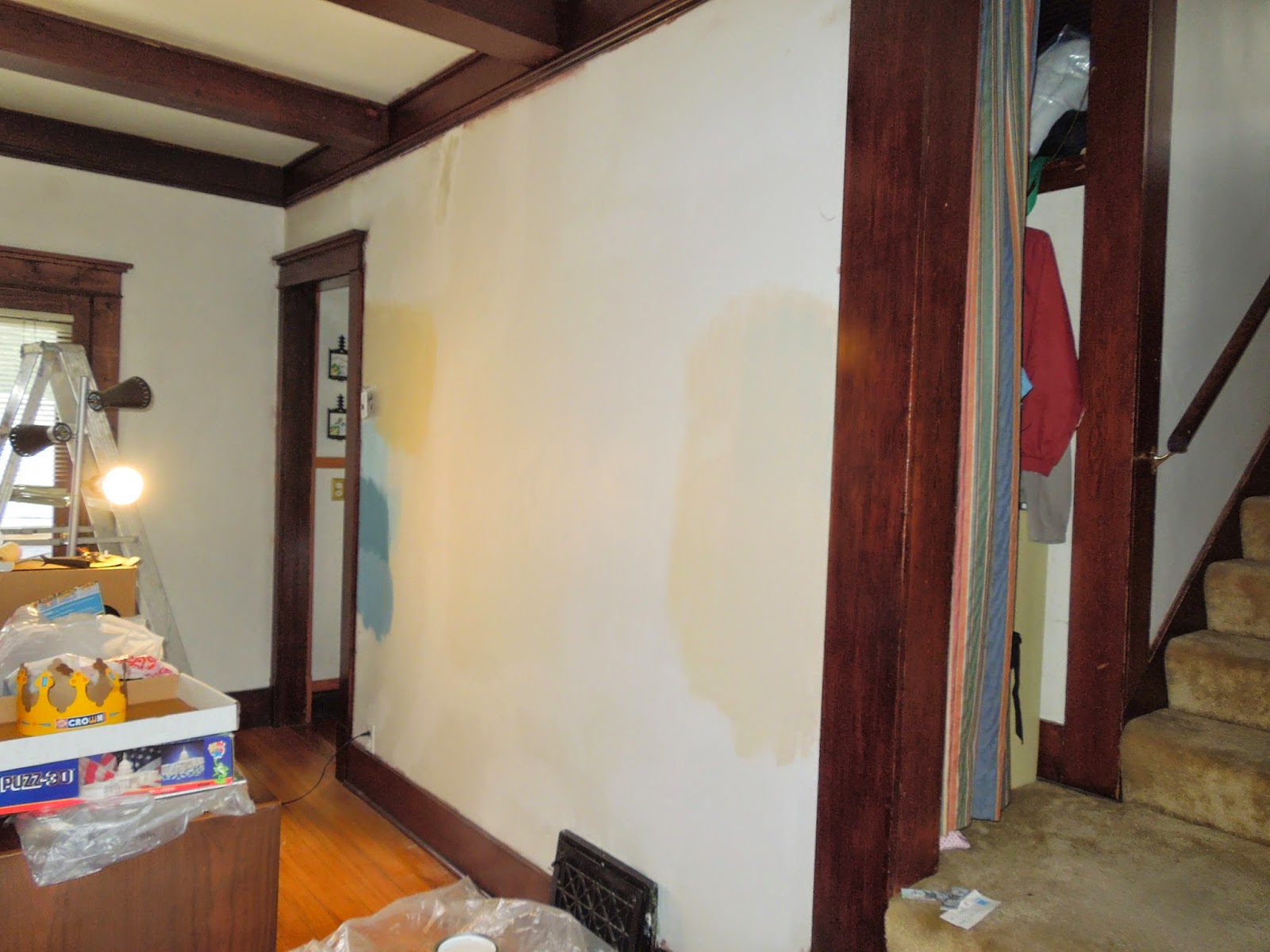 In progress shot. I really wanted to do some color on the wall, hence the blue splotches, but most of the lighting is from the north so I was afraid it was going to be too cave-like with dark blue and the light blue just looked weird. Mark and I were debating paint colors when Lucca went over to my paint sample collection bag, started sifting through it, grabbed a color, slapped it on the wall and then walked away. We both stopped, looked at it and were very amused at the fact we liked the color. It's Concord Buff from Home Depot and it actually is pretty close to what I think? is the original color which I have unearthed under several layers of cigarette smoke and mint green paint. 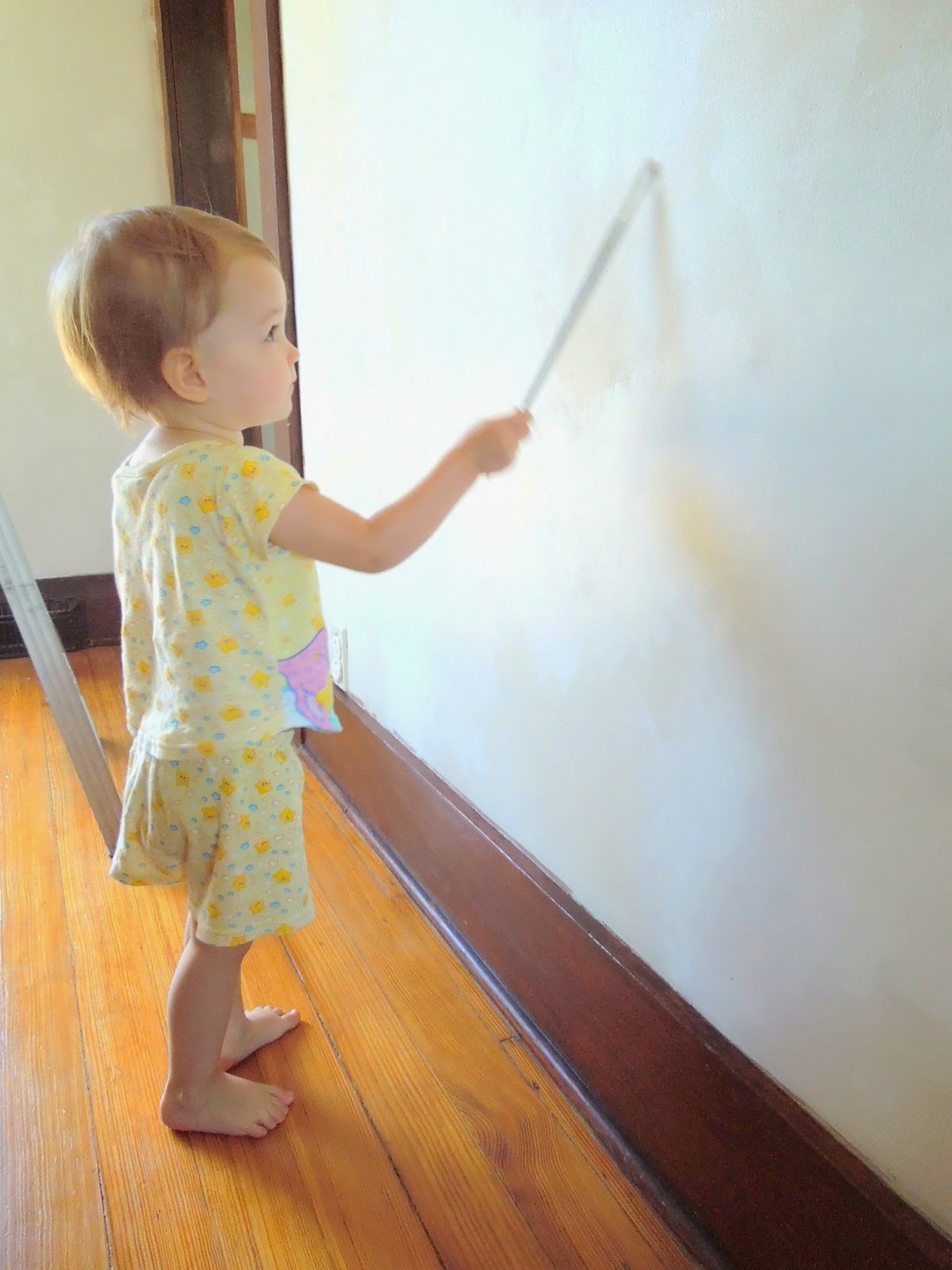 She did such a good job with the wall color I'm putting her to work early!
The only decision I am regretting is using an eggshell finish because I thought it would be good to reflect a little light off the wall. As you can see it reflects the light nicely and it looks great head on. However, if you look at it from a weird angle, with a lot of sunlight - such as the photo below: 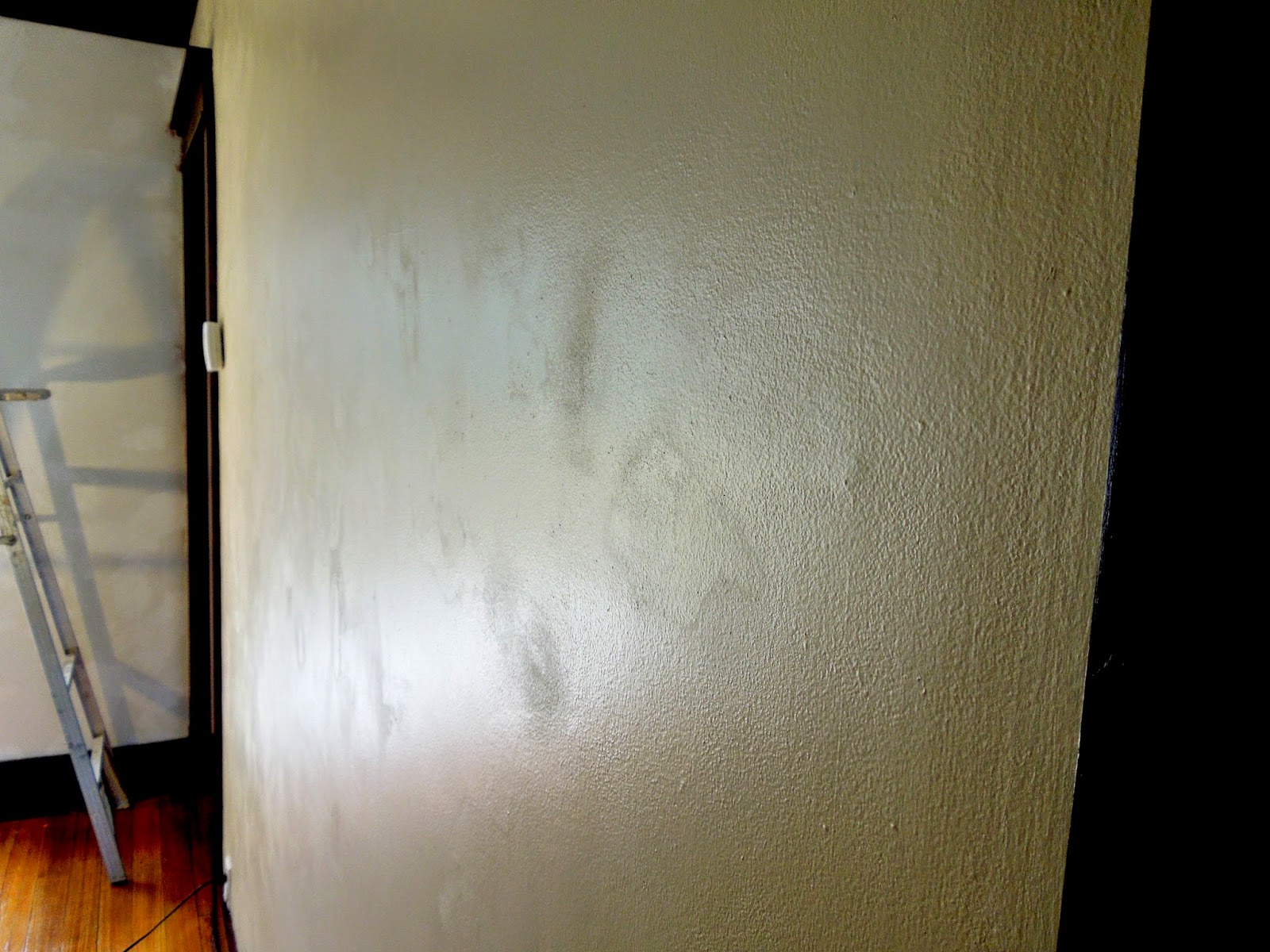 It also looks really textured in this photo, which it is not.  I tried to touch up the splotches which resulted in weirder splotches. I ended up putting another coat of paint on the entire wall so it isn't this splotchy anymore but I can still see them when I'm at an angle. The moral of the story, any little bit of shine shows every flaw so I will be doing flat the next time around! This is the only wall which does a lot of light reflecting so it will hopefully be the worst offender.
Posted by Cara at 3:58 PM 1 comment: